What a crazy night that was, and an even crazier first day. It's been barely 24 hours since the release of Blade of Agony and it couldn't have been more exciting for us developers.

Last night we sat together in a video meeting, equipped with a couple of bottles of beer, a bottle of wine and some cigarettes, and talked about the last 6 years. 6 years of building wonderful friendships, of working hard side by side on a vision that is now available to a wide audience. And: we couldn't have imagined the response any better. 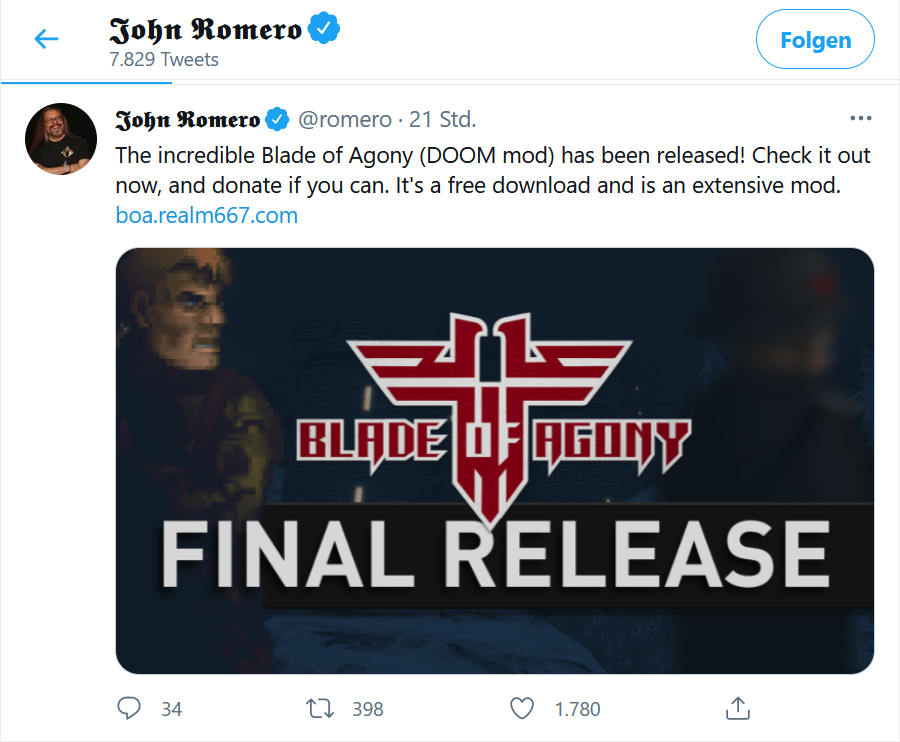 Just a few hours after the release, the first Twitch livestreams were running, a few moments later we cracked the 2.500 downloads (!) mark on ModDB and reached number 2, and this morning no one less than John Romero himself sent out a tweet about our work.

The feedback so far is insane, and we are very happy about the kind words and messages that have reached us in the last 24 hours. Thank you to everyone who has downloaded and played Blade of Agony so far, and thank you also to all those who have donated a few dollars

We, in turn, will be enjoying the spectacle in the upcoming days, collecting bug reports and continuing to work on the project, as we have a few more surprises in store for you, so: Stay psyched!